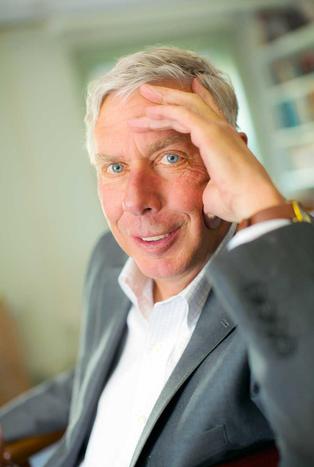 Paul Genega is the author of seven chapbooks and six full-length collections of poetry, most recently Sculling on the Lethe from Salmon Poetry in 2018 (www.salmonpoetry.com) and the chapbook Moordener Kill from Finishing Line Press in 2020 (finishinglinepress.com).

Over a thirty-plus year career, his work has appeared in a wide range of literary magazines and journals, including Southwest Review, Poetry, Kansas Quarterly, Stillwater Review, North American Review, The Paterson Literary Review and Narrative Northeast, and has been honored with awards such as The Lucille Medwick Award (New York Quarterly), Charles Angoff Award (The Literary Review) and The “Discovery” / The Nation Prize. Nominated six times for a Pushcart Prize, he is also the recipient of an individual fellowship in poetry from the National Endowment for the Arts.

He has read his poetry throughout the U.S. and abroad in venues diverse as the Folger Shakespeare Library, Indiana University Art Museum, the Geraldine Dodge Poetry Festival, A Different Light Bookstore (San Francisco) and the Austin Clarke Library (Dublin), and was a featured reader in the annual Poets and Writers Tour and Festival sponsored by the Bright Hills Arts Center in Treadwell, New York.

Since 2014, Paul has been editor of Three Mile Harbor Press, assuming leadership of the independent poetry publisher after the death of its founding editor Antje Katcher (www.3mileharborpress.com). His chapbook A Stone for Nina, which appeared in 2012, was the last work Katcher selected for the press and its first prose title.

He is also co-author of two full-length works with Emmy Award winning composer, writer and documentary filmmaker Patricia Lee Stotter, the full-length musical play Happily Ever After, which was presented in a full production sketch at the Writers’ Theater in New York, and the multi-media piece Paging Doctor Faustus, which was given a workshop presentation at FiveMyles Gallery in Brooklyn, April 2019, with Mary Chang directing.

Paul was educated at Georgetown, Columbia and the Johns Hopkins University Writing Seminars and taught for many years at Bloomfield College, New Jersey, where he founded the creative writing program and served as Chair of Humanities. His legacy continues at Bloomfield through the Genega Endowed Scholarships in Creative Writing (www.bloomfield.edu).