​“In these poems addressed to a distant older brother, a past of shared brutality, loneliness and need is starkly laid out in forthright language and an occasional brilliant metaphor. Genega evokes a sinister, chaotic world ineptly attempting to masquerade as a sunny suburban community, complete with cocktail hours, ice cream trucks and mowed lawns. Here, the neighbors’ cocktail ritual ends with the husband donning his wife’s clothes, a father violently punishes his son for playing with dolls (then teaches him the Morse Code for SOS), a mother plays dangerous games with steak knives, a parent may – or may not – cross sexual boundaries with a child. Throughout this terrifying, unreliable landscape, the protective older brother remains a constant, a center. It is this relationship – continued in the present through a series of messages left on answering machines – which Genega seeks to delineate and understand. This is a troubling, moving, truthful book.”
Enid Dame

“Genega accomplishes what few poets have been able to do – he makes us his accomplices in matters of love.”
Hal Sirowitz

“These are powerful poems, certain to evoke in the reader a sense of gratitude for Genega’s language and humanity.”
Simon Perchik 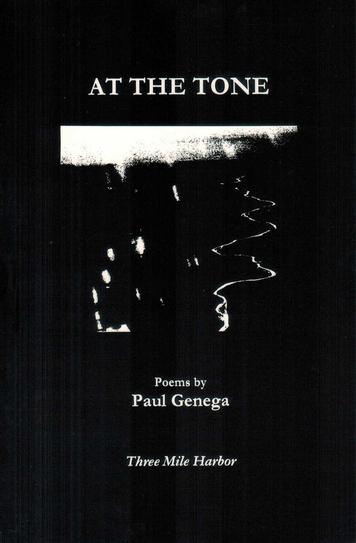